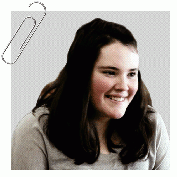 Behind The Scenes: Rebecca

Twelve-year-old Rebecca Dawson has been struggling with her weight for years. It began after her parents’ divorce, opening her eyes to an unfavorable reality. Now a single parent, her mother juggles between working during the day and attending school at night, and the activities Rebecca enjoyed with her mom, took a backseat. The emptiness she felt at home has taken a toll on her physical well being that she started to gain weight. This made her a subject of bullying behavior from a small group of girls who she knew from elementary school. Despite Rebecca telling them to stop, it only made it worse. Because of all this Rebecca kept to herself more and more while seeing her friends less and less.

“Next year everything will change.” her mother would say, but Rebecca wanted to disappear."

Behind the Scenes: Rebecca